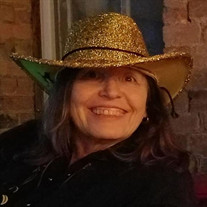 ARLENE PURDY, 72, passed away unexpectedly on January 1st, 2022 at St. Joseph’s Hospital in Tucson, Arizona, in the presence of her loving family. Elsie Arlene Brashear was born in Olney, Illinois on October 14,1949, to Arlie and Elsie Brashear. She was the tenth of twelve siblings. She attended school in Olney, graduating from East Richland High School in 1967 and then worked her way through college, graduating from Eastern Illinois University In Charleston, Illinois in 1971 with a B.A. degree in elementary education. She started her teaching career at the St. Thomas School in Newton, Illinois before taking a job at the Lawrenceville, Illinois high school, where she remained until 1988 when she moved with her family to Tucson, Arizona. She taught at the Willcox, Arizona Elementary School for twenty years until she retired in 2015. She was also very instrumental in the successes of her husband’s businesses, more often than not having large input into final decisions. Arlene married Steve Purdy in Olney on November 1, 1975 and they had three children, Nathan Craig, Jacey Lea and Trent Stephen. Arlene had a constantly friendly and positive outlook and was selfless, putting others before herself. She was a devout Christian and a student of The Bible throughout her entire life. She was a member of St. Paul’s United Methodist Church in Tucson and attended services faithfully. She had a green thumb and loved gardening, cultivating hundreds of plants at the family home. She was fond of taking road trips, especially traveling the backroads, visiting small towns and attractions all over the U.S. She enjoyed listening to music, especially the blues and her favorite artists, B.B. King and Robert Johnson. One of her favorite activities was taking convertible rides in the desert on summer nights. Arlene was a lover of Mexican food, her favorite dishes being the cheese crisp at El Minuto in Tucson and the veggie fajitas at La Parrilla Suiza in Tucson. The cherry limeades at Sonic were her favorites as well. Arlene particularly loved spending time with all her friends and neighbors In Bisbee, Arizona, where the family spent much time at their second home. The most important thing to her however, was her family which came before everything. She was pre-deceased by her parents, sisters Julia Brashear and Jane Keller and half-sisters Dorothy Brinkley and Dora Fleming She is survived by her husband, Steve Purdy, her son Nathan Purdy, daughter, Jacey Purdy and her partner Hugh, her son, Trent and his wife Kara and her only grandchild Milo Purdy who was one of the greatest joys of her life. She is also survived by Nini, her beloved long haired chihuahua. Also surviving are brothers Fred Brashear (Sheila) of Middleburg, Florida, Dan Brashear (Sherry) of Olney, Sam Brashear of Olney, Don Brashear (D.J.) of Orcas Island, Washington, sisters Carol Purdue of Mitchell, Indiana and Mary Brashear of Olney and half-sister Alberta Cummings of Olney. She is also survived by numerous nieces and nephews. A private family celebration of Arlene’s life will be held in Tucson at a later date

ARLENE PURDY, 72, passed away unexpectedly on January 1st, 2022 at St. Joseph&#8217;s Hospital in Tucson, Arizona, in the presence of her loving family. Elsie Arlene Brashear was born in Olney, Illinois on October 14,1949, to Arlie and Elsie... View Obituary & Service Information

The family of Arlene Purdy created this Life Tributes page to make it easy to share your memories.

Send flowers to the Purdy family.