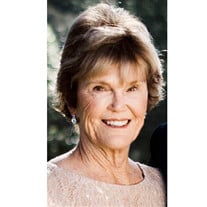 Catherine Yaeger Mendelsohn died suddenly on October 31, 2019 due to a heart condition discovered that day. She was born on February 5, 1947 in Phoenix, AZ to Olive and Horton Yaeger, who were members of Arizona pioneer families from Douglas and Phoenix, respectively. She is survived by her loving husband of 46 years, Sidney “Pete” Mendelsohn; her son David and his wife Erin of Washington, D.C.; and her brother Tom Yaeger and her niece Elizabeth Yaeger, both of Phoenix. She graduated from West Phoenix High School in 1965 before enrolling in the University of Arizona, her parents’ alma mater. While at the UofA, she was the President of Gamma Phi Beta Sorority and elected to Mortar Board, among other achievements. She graduated with honors in 1969 and received a Master’s in Education degree the following year. Catherine pursued a career of service to the women of Arizona in order that they could become self-sufficient, working at the Pima County Developmental Career Guidance Project; the Arizona Sex Equity Program; as a counselor for PHASE, a UofA program to assist local women in need; and as the past president of the University of Arizona Women’s Studies Advisory Council (WOSAC). She also volunteered her time extensively, including at the Junior League of Tucson. For her dedication, she is honored by the University of Arizona Women’s Plaza of Honor. That said, her major energy was always directed to her loving family and her extensive network of friends. Her sense of humor was witty and infectious, her empathy boundless, and her intelligence and moral compass compelling. These qualities attracted so many life-long friends. She was devoted to her family and she built a beautiful home with Pete, with whom she traveled the globe, and experienced the best that the world had to offer. Her greatest joy, and most confounding moments, came as the mother to David. His recent marriage to Erin brought Catherine tremendous joy and excitement for their future. Catherine’s regrets were few and she frequently expressed her gratitude for her fulfilling life. A memorial gathering will be held on Thursday, December 5, 2019, beginning with a short program at 3:00pm at the Mountain Oyster Club, 6400 E. El Dorado Circle. The family wishes to compile a book of remembrance and welcomes all of Catherine’s friends and loved ones to submit memories, thoughts, and pictures to [email protected] by November 30th. Contributions in Catherine’s memory may be directed to the Women’s Studies Advisory Council (WOSAC) by contacting Leigh Spencer at [email protected] or directly at https://gws.arizona.edu/wosac or Smile Train, an international children’s charity that supports 100%-free cleft repair surgery and comprehensive cleft care for children globally, at smiletrain.org or by calling 1-800-932-9541 .

Catherine Yaeger Mendelsohn died suddenly on October 31, 2019 due to a heart condition discovered that day. She was born on February 5, 1947 in Phoenix, AZ to Olive and Horton Yaeger, who were members of Arizona pioneer families from Douglas... View Obituary & Service Information

The family of Catherine Yaeger Mendelsohn created this Life Tributes page to make it easy to share your memories.

Send flowers to the Mendelsohn family.