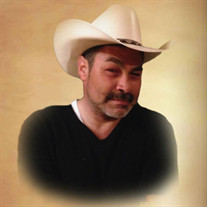 David A. Yrigoyen, Sr. traded in his drafting board for angel wings on July 3rd, 2021. He is survived by his wife and high school sweetheart of 40 years, Lisa Yrigoyen, his three sons David Jr., Daniel, Demitrius, and daughter Mary Rose; he is also survived by his three adorable grandchildren: Amara, Akloniti, and baby Daniel, his mother Angie, brother Richard (Teri), sister Monica, sister-in-law Maria, in-laws Leo and Lupe Martinez, brothers-in-law Chris (Stefanie) Martinez and Mario Martinez, as well as numerous loving nieces and nephews. David was born in Tucson, Arizona on August 10, 1963, and grew up in Tucson west side where he attended Cholla High School, played football for the Chargers, and then graduated in 1981. Most importantly, he met the love of his life in those high school hallways. David always bragged about his claim to fame where he led the 1981 Cholla Chargers to the playoffs. After high school, David and Lisa got married and started their life together as husband and wife; he attended college and then soon after their three boys arrived. As the boys grew up, David was a very involved dad, coaching soccer to not only his sons but numerous kids over the years. He was also heavily involved in Tucson High School’s Booster Club. David will be remembered for having the gift of gab. Because of his ability to talk and tell stories, he made friends very easily. David was also known for laughing at his own jokes a little too much, talking about his many “patent” ideas, and his fascination with UFOs—maybe he passed a few on his way to Heaven? David was also very proud of his work accomplishments which included numerous bridge designs. Some can be seen around Tucson such as the 4th Avenue Underpass however his work can be seen across the nation. He was also very proud of his ‘69 Chevy Nova where he would pick up Lisa to take her cruising—“Baby let’s cruise away from here.” David was also a huge music fan, always attending numerous concerts over the years. Some of David’s regrets included never confirming that Elvis was his dad and being Prince’s wingman. We are sure he is getting acquainted with all of them in Heaven. His biggest regret would have to be not being there in person for his friends and family, but his legacy will live on in those who knew him and especially with his children and grandchildren. We find comfort in knowing that he is in Heaven. David, you are just a joke and a laugh away. Live on, Mean Machine.

David A. Yrigoyen, Sr. traded in his drafting board for angel wings on July 3rd, 2021. He is survived by his wife and high school sweetheart of 40 years, Lisa Yrigoyen, his three sons David Jr., Daniel, Demitrius, and daughter Mary Rose; he... View Obituary & Service Information

The family of David Anthony Yrigoyen Sr. created this Life Tributes page to make it easy to share your memories.

David A. Yrigoyen, Sr. traded in his drafting board for angel...

Send flowers to the Yrigoyen family.