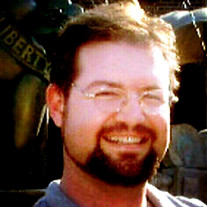 Don Christian Markham was born in July of 1973. to Don Curtis Markham and Ty-Juan (Lamb) Markham in Evanston, Illinois while his mom and dad were finishing up at Northwestern University Dental School. Two years later, the family settled in Long Beach, California and later Huntington Beach, where Christian and his three siblings attended a private elementary school and graduated from Marina High School. Christian achieved his Eagle Scout award and completed his first year at Brigham Young University prior to serving a 2-year mission in Hong Kong for the Church of Jesus Christ of Latter Day Saints. After his mission (in which he became fluent in Cantonese) he attended the University of Utah to major in Asian Studies. A study-abroad semester included learning the Mandarin language and studying Chinese history & culture in Beijing and many other Chinese provinces. Upon his return to Utah he changed his major to Film Studies, where a friend in the program introduced him to a friend from Taiwan--Jenette (Jin Yun) Huang--an Art major at Weber State University who was living in Salt Lake City to attend a special summer course in Computer Graphics. Their stars were aligned and they married the following October of 1996. They rented until they found a wonderful historic home in the city, and later moved into a new house in Layton, where their first child was born. Christian's job in computer technology relocated the family to Orlando for 8 years where their 2nd child was born. While there, they began the process of completing courses and certificates to teach English in Taiwan, where Jenette's family resides. Both had wanted their children to have equal immersion in American and Taiwan culture and language. In 2008, they moved their family there, and thrived for eleven years in the beautiful island of Taiwan. After eleven years there, Christian and Jenette felt they'd achieved their goal. Their two amazing children were completely fluent in both languages. They also developed deep relationships with their Taiwan grandparents, aunts, uncles and cousins! When the family returned in August of 2018, they had to decide where to move and look for work. The whole family agreed on Arizona, and their final choice of Tucson was due to its warm climate, a few special friends in the area, and their son's acceptance to the best charter middle school in the state. Turns out, they all LOVE the area. Unfortunately, Omicron caused a bad case of bronchitis for Christian shortly after he'd started a new job he'd been hoping for. A trip to the ER for relief from the bronchitis landed him on the Covid unit and problems progressed from there. After a week, he was nearly ready for discharge to home, when a nasty case of "hospital-acquired MRSA" took him down fast. He fought hard to overcome the multi-resistant bacterial infection, but finally succumbed. We are profoundly heartbroken. Life is precious, and it can be fragile. Every day that we live is a day to celebrate the time we have here with those we love. Christian is survived by his loving wife, Jenette Huang, and children Chloe and Caedric. He is survived by his parents, sister Anne Perkins (Cedar Hills, Utah), and brothers Curtis (Seattle) and William (Torrey, Utah). His deep compassion, discernment, and unquenchable quest for Truth made him introspective and occasionally somber. But his keen awareness of divine beauty always inspired and preserved his life-long joy of living. Our brother, son, husband and father, Don Christian Markham, will forever be missed by all who loved him! In lieu of flowers, the Don Christian Markham family requests any donations be sent to the children's education fund. Through PayPal to: @MarkhamDonations

Don Christian Markham was born in July of 1973. to Don Curtis Markham and Ty-Juan (Lamb) Markham in Evanston, Illinois while his mom and dad were finishing up at Northwestern University Dental School. Two years later, the family settled in Long... View Obituary & Service Information

The family of Don Christian Markham created this Life Tributes page to make it easy to share your memories.

Don Christian Markham was born in July of 1973. to Don Curtis...