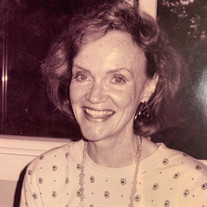 Donna Jeanne Coffey Young passed away peacefully early on December 1st in Tucson, Arizona shortly after her three kids joined her for the nightly prayers she had taught them 50 years ago. Born in Cambridge, MA to Daniel J. and A. Stephanie... View Obituary & Service Information

The family of Donna Coffey Young created this Life Tributes page to make it easy to share your memories.