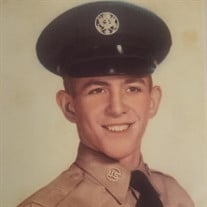 Earl Franklin Brown, loving husband, father, grandfather, great grandfather and brother... Earl was called home to heaven at the age of 83 on July 10th, 2020. Earl was born on February 1st, 1937, in Gearhartville, Pennsylvania, to Evelyn Biegard and Kenneth Brown. Earl is survived by his daughters, Debbie (Bobby) Hightower, Cindy (Randy) Salgado and Laura Gutierrez. His brothers, Bobby (Anna) Brown and Jimmy (Teresa) Brown. His Grandchildren, Laticia Brown, Johnny (Vanessa) Gutierrez, Melanie Salgado, Michael (Cristina) Gutierrez, Celina Gutierrez (Josua), Melissa (Steven) Canez and Christianna Trujillo (Daniel), and his 11 Great Grandchildren, Desirae Gutierrez, Nathaniel Gutierrez, Raymond Martinez, Dadrian Richard, Alyssa Gutierrez, Miana Richard, Veronica Canez, Natalia Gutierrez, Jeremiah Martinez, Josua Richard Jr. and Abigail Gutierrez. As well as many cherished friends and family. Proceeded in death by his number one Angel, his wife, Norma Lee Brown. His daughter Patricia Brown and son Earl Brown. His parents Evelyn and Robert Randolph, Kenneth Brown. His brothers Kenny Brown and Karl Brown. His mother and father in law Wilma and Nick Kellerman. His brother and sister in law Earl and Judy Curry. Accompanying Earl on his journey home, "White Boy". Earl began working at the age of 14 doing odd jobs until he enlisted in the United States Air Force. After his honorable discharge from the military, he worked the underground mines in Bisbee, Arizona. He then began his 35 year career at the United States Postal Service where his dedication in the servicing field gained him recognition in safety, perfect attendance and loyalty to his customers. He was given a "Hero" award for assisting a customer on his route. In addition to spending time and building memories with his family, some of Earl's hobbies were backyard mechanic, shooting pool, taking 4-wheel drives, bowling, hunting, camping, country music, snapping photos and playing the slots at his favorite casinos. Most recently, birdwatching and catching up on reruns of his favorite westerns. Our dad and grandfather will be dearly missed, never forgotten and always in our hearts. His legacy will live on.... Services will be held at Evergreen To ensure the health and safety of our community, we are following all guidelines set by local, state and CDC officials. As of right now, we have an attendance limitation of only ten people.

The family of Earl Franklin Brown created this Life Tributes page to make it easy to share your memories.

Send flowers to the Brown family.