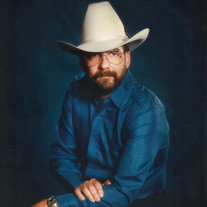 Edward Bernard Kehret, Jr, of Marana, Arizona, formerly Pinetop-Lakeside, Arizona, passed away on Monday, September 27th, 2021, in his home. He was 79. Bernie was born in Austin, Minnesota to his parents, the late Ed and Leona (Padelford) Kehret, on May 25th, 1942. Bernie grew up in Austin, Minnesota. As a child, he could often be found plinking with his BB gun and later his .22 rifle around his Grandparent's barn. His parents took him on countless pheasant hunts with relatives on their family farm and his memories of those hunts stuck with him his entire life. He worked as a lifeguard during his high school years at the Hollandale, Minnesota community pool. He also spent a summer as a canoe guide on the boundary waters of Northern Minnesota, near Ely, and Canada, one of his most cherished life experiences. He graduated from Arizona State University with a Finance degree in 1964. He referred to himself as a "banker" and throughout his career he provided a wide variety of banking services from mortgage loans (Person to Person and Security Savings and Loan) to branch manager (Frontier State Bank). He often spoke of his adventures repossessing vehicles during his early career. There was even a point in time where he tried Well Drilling as a side gig. Bernie had a passion for people and took great pride in the many businesses he helped to get started as a branch manager in Pinetop-Lakeside, Arizona. During this time, he also worked to better the community, volunteering with the APPLE Corps and Optimist club. Just prior to retiring, he was a motorcycle tour guide, leading tours in beautiful destinations and national parks across the United States and Canada. Bernie was heavily involved in the White Mountain motorcycle community. He was a member of the White Mountain Chapter of the Christian Motorcycle Association and he frequently attended the Mountain Motorcycle Association and Bikers Against Child Abuse (BACA) meetings and events. BACA members called him Moses. He often helped plan for mountain motorcycle rallies and led motorcycle rides throughout the White Mountains. He established the Carriage House Motorcycle Run for the elderly living at the Carriage house in Snowflake, Arizona and he coordinated the annual event for close to a decade. He is survived by his wife, Nancy Kehret, of Marana, Arizona; Children Edward Bernard "Ted" Kehret III (Kate) of Colorado Springs, Colorado, Matthew Edward (Erica) Kehret of Tucson, Arizona, Tamra Kay (Lance) Cullumber of Tucson, Arizona; Grandchildren Makenna, Caleb, Kylie, Ethan, Emerson, Nicole, Josh, Jessica, and Jake; and three Great-grandchildren Karver, Théo, and Gréy. Bernie was a loving husband and devoted Father and Grandfather. He had a passion for riding motorcycles on scenic byways and was an avid outdoorsman. He was a great joy to be around and could entertain everyone for hours with stories, some true and some fictional, but all entertaining. He treated all people the same regardless of their status. He was a servant of Jesus who finished his race strong. A private viewing for family and close friends will be held at Worlein Funeral Home in Austin, MN at 9:30am on Friday, October 8th. Graveside services will be held at 11am on the same day, at Oakwood Cemetary in Austin with a family gathering to immediately follow. A Celebration of Life service will be held at Calvary Chapel of the White Mountains, on Friday, October 29th at 1pm, with Pastor Tony Johndrow officiating and special music by Armour Gomez.

Edward Bernard Kehret, Jr, of Marana, Arizona, formerly Pinetop-Lakeside, Arizona, passed away on Monday, September 27th, 2021, in his home. He was 79. Bernie was born in Austin, Minnesota to his parents, the late Ed and Leona (Padelford) Kehret,... View Obituary & Service Information

The family of Edward "Bernie" Bernard Kehret Jr created this Life Tributes page to make it easy to share your memories.

Send flowers to the Kehret family.