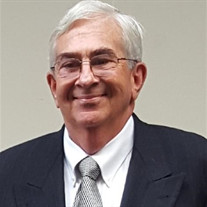 Dr. Eric H. Prosnitz born in Hackensack, NJ (1947) to Milton and Mary Prosnitz (née Shapiro) died in Tucson, AZ on September 24, 2019. Eric was a proud Yale bulldog (1969). Having never ventured west of New York, he opted for medical school in Los Angeles (USC 1973). His four years in Los Angeles were notable for his marriage to Elaine Prosnitz (née Polinsky) and immersion in the southern California milieu of the early seventies. Thereafter came five years in America’s heartland for internship, residency, and a fellowship in nephrology. In 1978, he decided it was time for a real job, and moved to Tucson where he became an assistant professor of medicine at the University of Arizona. He later started and expanded a successful private practice in internal medicine and nephrology. He enjoyed his professional successes and was devoted to helping his patients thrive. His personal life was most enriched by his growing family. He and Elaine had two children, Debra and Beth. He later returned to a faculty position at the University of Arizona while also being a devoted and loving full-time father. Eric was an avid golfer, poker player, and lover of words. He was an infamous jokester and storyteller. His love of learning and endless curiosity enriched the lives of all of those around him, and elicited many loving eye rolls from his daughters and long-time partner Kathi Willis. Eric had a heart bigger than this world. Equality was a principle he lived by and taught his daughters by example. He raised two strong women, loved them fiercely, and wished he could have gotten a second bachelor’s degree from Smith College; he probably would have majored in Art History. Eric is survived by his daughters Debra (Peter) and Beth, significant other and love Kathi Willis, and brother Ted (Karen). He is also survived by several nieces, nephews, cousins, and friends. His death was preceded by Elaine Prosnitz, his Yale Prom date and wife of twenty-two years, and parents, mother Mary Shapiro Prosnitz, father Milton Prosnitz, and stepmother Elaine Tenner Prosnitz. Eric will be missed by many. His kind heart, humor, and curiosity will be remembered. In lieu of flowers, gifts in Eric’s memory may be made to the El Rio Foundation online at elrio.org or sent by mail to 839 W. Congress, Tucson, AZ 85745.

The family of Dr. Eric H. Prosnitz MD. created this Life Tributes page to make it easy to share your memories.