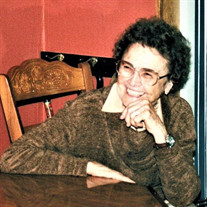 Etta Mae Priestley December 28, 1920 – January 26, 2022 Etta Mae (McGahey) Priestley was born December 28, 1920 to Jessie Alice (Griffith) and Marvin Samuel McGahey in Copita, Duval County, Texas. She passed away peacefully on January 26, 2022 in Tucson, Arizona at the age of 101. Etta Mae graduated from Falfurrias High School in Texas. In 1943 she enlisted in the United States Army Women’s Army Corp in World War II, one of the 1st 800 women to do so. She was stationed in New York City and was one of the first military policewomen (MP). Etta Mae married Horatio Wayne Priestley on March 10, 1946 in Falfurrias, Texas. Twin sons, Donald and Ronald, were born in McAllen, Texas on December 19, 1946. Wayne worked for the Bureau of Reclamation and they were transferred to Fort Sumner, New Mexico and then to Yuma, AZ which would be their home for many years. Etta Mae also worked in Records Management in the US Army Yuma Proving Grounds. Etta Mae was devoted to her immediate and extended family. She reveled in the challenges of raising twin boys and loved their antics and activities such as the family camping/fishing trips to the Sierra Nevada Mountains. She was a loving mother to her sons, a proud grandmother to her 3 grandchildren and a gracious hostess for family and friends who frequently gathered in Yuma at the Priestley home. Etta Mae, her husband Wayne, and sons also made many trips to visit family in other areas of the West. Etta Mae loved to travel. She and Wayne traveled around the US and the world including Australia, Alaska, New England, Egypt, and China. She instigated a houseboat trip on Lake Powell and a powered hang glider ride in Maui at the age of 82. She also loved raising roses, quilting and genealogy. She was proud of her family’s military service as well as her own and took pride in her Irish heritage. Wayne passed away in 1995 and Etta Mae remained a resident in Yuma until 2011 when she moved to Tucson. In addition to her parents and husband, Etta Mae was preceded in death by 5 brothers: Lloyd Glen, Lee Riverious, Guy Morris, Marvin Dale, and Ralph Delbert and 3 sisters: Jessie Hazel (Hudspeth), Anna Mildred (Billingsley), and Mabel Marie (Cornelison). Etta Mae will be dearly missed by her sons Donald Wayne (Janet), Adelaide, Australia, and Ronald Layne (Gail), Tucson, AZ: her 3 grandchildren Brenton Wayne (Irina Majumder), Adelaide, Australia, Claire Louise ( Christopher Williams) of New York, New York, and Lauren Elise (Thang Nguyen), West Footscray, Australia: 8 great grandchildren Bennett, Ellis Priestley, Dorothy, Roxanne, Heidi Williams and Elise, Sadie and Violet Nguyen as well as many other relatives and friends. Her smile, humor, laughter, and sweet and gentle spirit will be sorely missed by all who were blessed to know her. A special Thank You to William Billingsley and Rosa Avino for their devoted friendship and assistance that allowed Etta Mae to live independently in Yuma until she was 90 years old. An additional thank you to the staff of Atria in Tucson where she enjoyed living for the past 10 years. A Memorial Service will be held at Evergreen Mortuary in Tucson, AZ on February 9, 2022 at 2 pm. The service will be live streamed and available for later viewing for those unable to attend. Burial will take place at Desert Lawn Memorial Park in Yuma, Arizona at a later date. In lieu of flowers, please consider a donation to a charity of your choice in her name. A memorial service will be held Wednesday, February 9, 2022 at 2:00 p.m. at Evergreen Chapel., 3015 N Oracle Rd., Tucson, Arizona (520-888-7470).

The family of Etta Mae Priestley created this Life Tributes page to make it easy to share your memories.