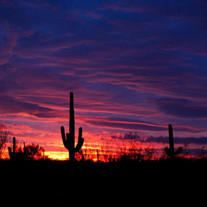 Fred Frank Narcaroti Sr. Was born on April 7, 1945 in Chicago, Illinois at Cook County Hospital. Shortly after being born, his Mother died due to complications during his birth. Rather than Fred being orphaned his Aunt Margaret (Marge) Narcaroti took care of him as her son and never married. Coming from a tight knit Italian family living in a suburb near O’Hare Airport, everyone was a blue collar worker and had to work to support the family at an early age. Fred dropped out of high school in his Freshman year to help support Marge and the family until he was able to move out and start his own business. He had an opportunity to buy an Ice Cream truck known as Mister Softee (think Dairy Queen on wheels) with a co-signer & mentor Dick Hines. He received a loan for the truck from the bank “with only a nickel in his pocket” he would always say. He worked that business until he was drafted in the Army in Vietnam. He wanted nothing to do to join the war, but never the less it found him. During his initial tour in Vietnam he considered making the military a career; that was until the fuel truck he was driving hit a land mine and blew him through the canvas roof. Once Tripp’s found him he remained in a coma for almost a week before waking. That event changed his mind about a military career. Upon his return to the US he restarted his business, but said the only thing left of his truck was the body and frame. In 1971 Fred married his wife Georgia Muriel Narcaroti on a trip to Arizona. Georgia had a son, Pete Fischer and Fred raised him as his own son. In 1972, they had a son that Fred named after himself, Fred Jr. During the winter when no one wanted to buy ice cream, Fred worked at Sears in shipping and drove a cab to make ends meet. Eventually, Fred increased his fleet to three trucks and purchased a commercial property that had a residential home in Oak Lawn, Illinois. Georgia and Fred operates the business until they had enough of the harsh winters. He and Georgia had always said if they ever move from Chicago it would be to Arizona. That calling came in 1978. At that time, The family including Marge moved to Tucson, Arizona. Since real estate was a hot market in Arizona, he studied for his license and sold real estate into the mid 1980’s. During the downturn in the economy Fred switched careers again and went to work at DMAFB as a civilian. During this time, the lasting effects of Agent Orange crept up on him physically and causing issues with his thyroid. He had numerous surgeries to correct the problem and he faced them all with his well known grit. He said shortly after recovery “He went to VA and they cut his throat!” referring to the scar on his neck from surgery. He did battle with some PTSD and faced a lot of demons with Vietnam. He decided at that point he would get involved to help other veterans with scars from the wars. He joined the Disabled American Veterans and took leadership positions until he retired from volunteering with the organization in 1999. Through all this time, one of the most influential people in his life was ready to return home to the Lord. Marge lived with Fred and his family all his life with the exception of his time in Vietnam. When she passed in 1994, it was one of the most difficult things he experienced; it was his mission and honor to care for her. In 1996 l, Georgia and Fred wanted a change and sold their home in Tucson and moved to Prescott Valley, Arizona. They lived there by near Pete’s daughter Kindness and enjoyed having her around as much as possible. In 2006, Fred and Georgia decided to move back to Tucson and be near their granddaughter Savannah and grandson Morgan. Nothing brought greater joy than their weekly visits with Savannah on early outr days from Middle School. Fred and Georgia lived together until her passing related to Alzheimer’s in 2013. Fred continued living independent and spending time at family functions until he had complications and a fall due to treatment for Hepatitis C in 2015. He battled with grit that he always had and recovered from a minor stroke and effects of Harvoni. Against all odds, he made a comeback and became known as the “Chairman” at Casas Adobes Post Accute Rehabilitation Center in Tucson. Those that know him would be impressed to see him wearing his classic button up western shirt, Wrangler jeans and dress shoes. Everything had to be wrinkle free and looking dapper. He flirted with the nurses all throughout and they loved his crass attitude and behavior. He would monitor the doors at night to allow the nurses into the building and always gave “life lessons” he learned in Chicago. He remained there until his battle with COVID claimed his last breath. He jokingly was telling the nurses until his last days that “He survived two wars, Vietnam and COVID.” The last conversation he had with his son Fred was making sure everyone knew he was alright and just feeling a little done. His famous line that he used was “I’m fine.” He would say this not wanting anyone to worry about his needs. Fred is survived by his stepson Pete Fischer, his daughter Kindness O’hearn, Don Fred Narcaroti Jr., his wife Shelah and children Savannah and Morgan Narcaroti. There will be a graveside service with full military honors on Monday August 17th at 10:00AM. A virtual celebration of life will be held on Saturday August 29the at 2:00PM. In lieu of flowers, please make a donation to the Disabled American Veterans Chapter 2, Tucson, AZ. To ensure the health and safety of our community, we are following all guidelines set by local, state and CDC officials.

Fred Frank Narcaroti Sr. Was born on April 7, 1945 in Chicago, Illinois at Cook County Hospital. Shortly after being born, his Mother died due to complications during his birth. Rather than Fred being orphaned his Aunt Margaret (Marge) Narcaroti... View Obituary & Service Information

The family of Fred Frank Narcaroti Sr. created this Life Tributes page to make it easy to share your memories.

Send flowers to the Narcaroti family.