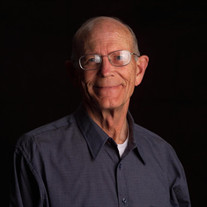 On Saturday, February 29th, 2020, Dr. Jack Davis made his exit from this world. It makes sense that he passed on a leap year, as Jack has always marched to the beat of his own drum. Jack was equal parts rancher and doctor; his love for the great outdoors matched by only by his passion for medicine. Jack grew up in San Antonio, TX, his childhood filled with Boy Scouts, ranch visits and good friends. After completing his undergraduate at the University of Texas in Austin, he ignited a lifetime love for medicine at UT Galveston, going on to Parkland Hospital/UT Southwestern in Dallas, then to the University of Arkansas Medical Center where he met the love of his life, Marsha who, in Jack’s words, the “cutest little RN and the spunkiest one, varying little over (their) 54 years together.” When the Vietnam war broke out and duty called, Jack served as a physician in the Air Force at Elmendorf Airforce Base in Anchorage, AK, where he met lifelong friends who later joined him in their “paradise,” Montana. Jack spent his life fighting to make a difference. From practicing Internal Medicine and Cardiology in Kalispell, Montana for more than 35 years, to helping to create the hospital’s Advanced Life-support and Emergency Rescue Team (better known as ALERT—for which he served as Medical Director for 17 years). Jack was a leader in advanced cardiac life support, gathered the equipment for the Cath Lab, focused on training nurses in ICU and relentlessly developed innovative programs to educate and further the medical community in the Flathead Valley. Jack was a hard guy to keep up with as his hunger for service never ceased. He served on the board of the American College of Cardiology and was the President of the Montana Medical Association and was, understandably, the recipient of their lifetime achievement award. Jack savored life. He loved a good meal and relished every bite, from the gourmet feasts his wife Marsha prepared, to crispy fried chicken, Texas BBQ, and any Mexican food he could find. He loved to soak up the warmth of the sun on his face, take in the spectacular beauty of the mountains in Glacier and soulfully sing along to George Strait and Johnny Cash. Jack had an insatiable hunger for learning. For most of his life he awoke at 4:30 am to read journals, articles, business and finance magazines and the newspaper. He studied with an intensity that few could match and saved clippings from his readings for everyone he loved—anointing each one with a personal note. Even after retirement, he kept himself current on the latest medical research and continued to attend association meetings and conferences. He re-ignited his life-long passion for the Spanish language and guitar, practicing both for hours on end each day. He approached Rotary and his gardening club with serious commitment that few professionals could match. Jack modeled growth and development for everyone around him. His hunger for knowledge was contagious. Jack cared deeply for people. He knew no titles and valued everyone he met. Having served as the Secretary for the Montana Limousine Association (cattle not cars), Jack would travel the state going to bull sales, chatting it up with the other ranchers, bonded by their love of hard work and wide-open spaces. Jack would have rich conversations with complete strangers, maintained a life-long connection to his classmates, and would spend hours-on-end reaching out to old friends to let them know he was thinking about them. Jack is reunited with his father, who was also his Boy Scout troop leader, Lavern, who taught him the importance of doing the hard work and not disappointing himself; and his mother, Mabel, who left him her love for dancing. He is survived by his loving wife Marsha, his son, Todd, daughter, Kimberly, son-in-law, Tim, and he’s passing the torch on to his grandson, Jeremy. Along with a lifetime of remarkable accomplishments and a legacy that helped build the Kalispell medical community, he will be remembered for his smile, twinkling blue eyes, signature whistle that you could hear an acre away, incredible bear-hugs, love of life, and his huge heart. A celebration of Jack’s life will take place this summer in Kalispell (details to be published at a later date). Donations in his memory can be made to ALERT https://www.krh.org/foundation/make_a_donation/?utm_source=krh.org&utm_campaign=alert&utm_content=button , The Kalispell Regional Healthcare Foundation https://www.krh.org/foundation/make-a-donation , Flathead Valley Community College https://www.fvcc.edu/p/foundation/, Kalispell Rotary http://www.kalispellrotary.org/, Green Valley Gardeners http://www.greenvalleygardeners.com/, or Tubac Rotary https://portal.clubrunner.ca/5070 .

On Saturday, February 29th, 2020, Dr. Jack Davis made his exit from this world. It makes sense that he passed on a leap year, as Jack has always marched to the beat of his own drum. Jack was equal parts rancher and doctor; his love for the great... View Obituary & Service Information

The family of Jack Layton Davis created this Life Tributes page to make it easy to share your memories.

Send flowers to the Davis family.