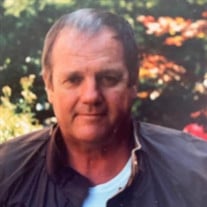 Born in Boston, MA, the fifth and final child of Charles and Pauline Brogan Young, they realized that with John, they finally got it right. That, or John&#8217;s lively nature scared them from further adding to the clan. As a child, John was... View Obituary & Service Information

The family of John Lotter Young created this Life Tributes page to make it easy to share your memories.

Born in Boston, MA, the fifth and final child of Charles and...