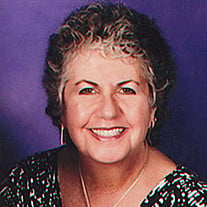 Judith Millstone passed away Saturday September 28. Judy had been ill and hospitalized for the month of September. Judy suffered from Multiple Sclerosis, an auto immune disease, which made it difficult for her body to heal. Judy had been a resident of Tucson since 1968 when her family moved here from Rochester, N.Y. With her parents (Dave and Edith) committed to the move, Judy flew to Tucson to check out the U of A. When she got off the plane she looked around and said she would never leave. Judy attended the U of A graduating in 1972. She taught 5th grade for about 7 years in Safford. While she was in Safford, she obtained a Master’s degree in Counseling. She returned to Tucson about 7 years later. But unable to find a teaching job here, she decided to enter real estate sales. Judy got into real estate to better understand her brother Robert and father Dave (Red Carpet Real Estate) who were both brokers in Tucson. In order to maintain her teaching credentials Judy took a computer programing class at PCC. She fell in love with programming. A job in computers had been suggested to her in high school but she had decided against it. She went on to earn2 degrees in programming. She worked as a programmer for the City of Tucson until retiring in 2004. Judy was a member of Congregation Or Chadash and before that Temple Emanu-el. Her passions included Poodles, African Violets, and Pandas. She and her husband Ed Jackson had 3 miniature poodles Simcha, Mischa, and Rascal. She was an active long time member of the Tucson African Violet Society and African Violet Society of America. Judy is survived by her husband Ed Jackson and one poodle, Rascal. Donations may be made to 1 of 3 MS groups: Multiple Sclerosis Foundation – https://msfocus.org/ National MS Society – https://www.nationalmssociety.org MS Foundation of America – https://mymsaa.org/ Also: Humane Society of Southern Arizona - https://hssaz.org/

Judith Millstone passed away Saturday September 28. Judy had been ill and hospitalized for the month of September. Judy suffered from Multiple Sclerosis, an auto immune disease, which made it difficult for her body to heal. Judy had been a... View Obituary & Service Information

The family of Judith Lynn Millstone created this Life Tributes page to make it easy to share your memories.

Send flowers to the Millstone family.