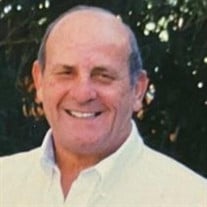 Morton Alan Sadowsky, 86, passed on August 10, 2020. Mort was born in Brooklyn, New York in 1934 to Irving and Marcine Sadowsky. Although Mort battled multiple chronic illnesses including Polio contracted as a toddler, it was cancer that ultimately ended his life. Mort graduated from Tucson High in 1951 and then went on to the University of Arizona where he earned a Bachelor’s of Science in Business Administration. Admittedly, Mort spent more time playing cards than studying his freshman and sophomore years in college, but then worked tremendously hard to graduate while employed full time. After graduation, Mort was hired to write job descriptions in the human resources department at Chrysler Motor Company in California. His wife became terminally ill and passed after a year of marriage at the young age of 22. Mort then went on to selling typewriters in the Empire State Building before moving back to Tucson to join his father Irving in the egg business. Together, Irving and Mort started and built Ace Poultry, Inc. into a successful food distribution business (1962-1987). Mort sold the business years later after the passing of Irving (1981). With a love of business, he and a partner bought beauty schools in Tucson and Phoenix. Mort decided that the beauty school business didn’t provide the competitive action he craved and sold his interest to his partner. He then purchased a beauty supply business that he sold after three years to an employee. Never wanting to retire from what he loved, Mort bought Merit Marketing which he brought his son Matt in to run with him and it eventually became Merit Foods Inc. when he sold the business to Matt in 1998. At 60, Mort started another business with partner Bob Meyer, named Desert Service Food Sales. He worked that business 26 years until his death. One of a kind, Mort will be dearly missed. A fun and generous man, Mort was a loving partner to his wife Belia and an inspirational father to his children. His favorite thing was to make people laugh. Armed with an endless catalogue of jokes and one-liners, Mort put a smile on everyone he met. He always treated everybody with respect and sincere interest. His friends, customers and employees were part of his family and truly important to him. Above money and material things, what mattered most to Mort was the relationships cultivated with all. Mort is survived by his wife Belia Sadowsky, his children Mike Sadowsky(Cindy), Rachel Miller(Jeff), Matt Sadowsky(Shelley), their mother Lynn, and daughter Alicia Brown(Bill), eleven grandchildren, and one great-granddaughter. Also, always by his side his canine companion, Senor’ Fluffy Diaz. Due to COVID-19 a public service will not be held. A Celebration of Life will be scheduled at a later date. In lieu of flowers, please consider a donation to Jewish Education Tax Credit Organization (JETCO). Arrangements by Evergreen Mortuary and Cemetery. To ensure the health and safety of our community, we are following all guidelines set by local, state and CDC officials.

Morton Alan Sadowsky, 86, passed on August 10, 2020. Mort was born in Brooklyn, New York in 1934 to Irving and Marcine Sadowsky. Although Mort battled multiple chronic illnesses including Polio contracted as a toddler, it was cancer that ultimately... View Obituary & Service Information

The family of Morton Alan Sadowsky created this Life Tributes page to make it easy to share your memories.