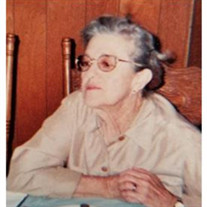 Norma Gene Henderson was born the third of four children to Birdie Eunice Conger and Carl Conger on August 17, 1928 in El Dorado, Arkansas. Her father died of an infection related to appendicitis when she was two. Her mother worked as a nurse but struggled to support the family through the Great Depression. Birdie remarried to Karl Ripley, a railroad engineer, when Norma was 10 and they moved to his modest house in the country outside of El Dorado. Norma attended El Dorado High School and graduated in 1945. The school offered a work-study program for apprentice beauticians that she completed and she became a licensed beautician after graduation. While working in a beauty shop in Texarkana, Arkansas, owned by Rudy Henderson, she met Rudy’s brother Tom in March, 1947. Tom had served as a Marine in World War II, fighting in the Pacific from 1942-45. They married in September, 1947. They moved into a small house in El Dorado on a VA loan. Their first child, Tom Jr., was born on September 5, 1948. Later, Norma and Tom moved around the eastern U.S. while Tom worked on various construction projects. In 1953, they decided to move to Tucson, Arizona which was booming after the war. They purchased an acre of farm land just outside of Tucson in 1956 and moved their trailer onto the land while gradually building their house. Building only when they had the money to buy materials, they completed the house in 1960 and moved in. They spent the rest of their lives in that house. Denise Henderson was born in 1962 and Kelsey Henderson completed the family, born in 1965. Norma enrolled in nursing school in 1967, completing the certification for Licensed Practical Nurse in 1969. In 1971, she became a Registered Nurse and worked at Tucson Medical Center until 1986 when both Norma and Tom retired. Tom Sr. passed away at home in 2016. They had been married for 68 years. Norma passed away at home peacefully on July 3, 2020. She had been dutifully attended by her daughter Kelsey for 12 years before her passing. That allowed Norma to complete her life exactly how she wanted - at home with family present. Norma Henderson had a long, happy life. We loved her and miss her. To ensure the health and safety of our community, we are following all guidelines set by local, state and CDC officials.

Norma Gene Henderson was born the third of four children to Birdie Eunice Conger and Carl Conger on August 17, 1928 in El Dorado, Arkansas. Her father died of an infection related to appendicitis when she was two. Her mother worked as a nurse... View Obituary & Service Information

The family of Norma Gene Henderson created this Life Tributes page to make it easy to share your memories.

Norma Gene Henderson was born the third of four children to Birdie...

Send flowers to the Henderson family.