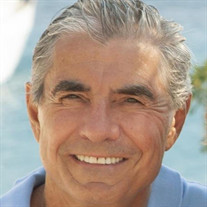 Peter A. Fasseas, community banker and small business advocate, passed peacefully in his Laguna Beach winter home after a valiant, 15-year battle with cancer. A family man above all else, he was surrounded by loved ones. Born June 10, 1939 in Chicago, Peter’s formative years during the post-war era led him to attend Culver Military Academy for high school, where he learned the value of discipline and perseverance. In addition to serving in US Army Intelligence, he went on to Northwestern University for undergraduate and law school and was a lifelong Wildcat and Cubs fan. As an attorney, he represented many hard-working small business entrepreneurs and grew frustrated by how difficult it was for them to obtain bank loans. In 1978, he and his wife, Paula, gathered a group of investors and purchased North Community Bank, a one-office bank near Wrigley Field. He began by making all the loans himself at a time when Illinois was a unit-bank state, which limited every financial institution to one location. Helping people obtain their version of the American Dream was his motivation, building small businesses and vitalizing communities. Under his leadership, Metropolitan Bank Group grew into the largest privately held bank group in Illinois, with 98 locations and 1,100 employees. In 2013, the company was recapitalized and turned into Byline Bank. After his retirement, Peter continued serving the communities he loved through board and philanthropic service. He was a trustee and supporter of Culver Military Academy, the University of Arizona Foundation, the Hellenic Foundation, Chicago City Day School and PAWS Chicago, the organization his wife and daughter founded in 1997 that has grown into one of the largest No Kill animal welfare organizations in the nation. Peter and Paula established the Fasseas Foundation, funding The University of Arizona Fasseas Cancer Center, supporting cancer research at Dana Farber and other leading medical universities, and providing resources to many other charities across the country. Loved ones greatly miss his contagious smile, booming voice, unceasing positivity, passion for life (and the stock market), sound and steady counsel and grounding in the Midwestern values that he held true to throughout his life. He is survived by Paula (Sfarnas) Fasseas, his wife of 46 years, his children Alexis and Drew, daughter-in-law Meghan, three grandchildren Katherine Polyxeni, Alexandra Ione, and Olivia James, brother Milton (Kathy) Fasseas, sister-in-law Jeannie (David) Howell and many loving cousins, nieces, nephews and godchildren. Wake and funeral services will be held at Holy Resurrection Orthodox Church in Tucson, Arizona on March 19, 2022 at 9:00 am. In lieu of flowers, donations can be made in Peter’s honor to PAWS Chicago or cancer research.

Peter A. Fasseas, community banker and small business advocate, passed peacefully in his Laguna Beach winter home after a valiant, 15-year battle with cancer. A family man above all else, he was surrounded by loved ones. Born June 10, 1939... View Obituary & Service Information

The family of Peter A. Fasseas created this Life Tributes page to make it easy to share your memories.

Send flowers to the Fasseas family.