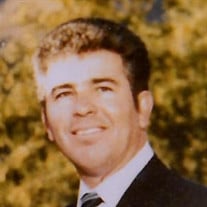 Richard “Rick” Schwartz, age 72, of Tucson Arizona, entered into eternal life on April 24, 2021 with his wife and his son by his side. Born and raised in Tucson, he was a graduate of Rincon High School where he excelled at football and baseball and went on to earn his Associates Degree at Pima Community College. Rick joined the United States Navy and proudly served his country for four years during the Vietnam conflict. Though plagued by health issues most of his adult life, he constantly defied the odds and lived a full and rewarding life. Rick was an amazing artist and creator who specialized in metallurgy. He was an accomplished welder both in the US Navy and his private business, Ace Welding. As a goldsmith, he designed and produced complex, high quality precious metal creations that often exceeded expectations; his talent to bring people’s ideas to reality was a highly sought skill. Rick was a “go-to” person when help was needed. Need to figure out how to fix something? Rick was your guy. He had an amazing talent figuring out how something worked and how to fix it regardless if it was a modern piece of equipment or a relic. The engineering of equipment made sense to him, and if it needed repair you only needed to wait for the parts to arrive and before you knew it, it would be back up and running. Many were fortunate to be mentored by Rick as he coached and taught so many young people throughout his lifetime. Whether it was on the grid iron with football, or Little League and High School baseball, those who were a part of his teams and the positive culture that he brought to the players and their families left an impression on us all. His mentoring didn’t stop there. Often you could find Rick volunteering in schools teaching elementary students how to draw and create art or bartering at a St. Francis de Sales church swap meet. His service to his family and the community will be sorely missed. Rick was the very definition of a family man. His wonderful marriage to Mo, his “Babby”, of over 48 years is a blueprint for a successful partnership. Together they created a beautiful family and put all of their focus on creating a loving environment for their son Michael. This love continued with their Daughter-in-Law Amber and two grandsons Zane and Bryce, who would cause overwhelming pride for Rick at the very thought of the “boys”. The “6 Musketeers” will have to find a way to move forward in the coming weeks and months knowing that one of their members has gone ahead of them but we know that not a day will go by that we won’t feel his continued love and presence in our lives and for that we are truly blessed. Rick is survived by his wife Maureen Schwartz, son Michael Schwartz, daughter-in-law Amber Schwartz and grandsons Zane and Bryce Schwartz. Brothers Jack (Lorraine) Schwartz, Kenneth (Toni) Schwartz, and Bryan (Alene) Schwartz, all of Tucson, AZ. He also leaves behind many nieces and nephews, several of which he thought of as his own children. Rick was preceded by his parents Sam and Sara Schwartz and nephew Jeff Schwartz. Due to COVID restrictions a Celebration of Life will be planned and announced at a later date.

Richard &#8220;Rick&#8221; Schwartz, age 72, of Tucson Arizona, entered into eternal life on April 24, 2021 with his wife and his son by his side. Born and raised in Tucson, he was a graduate of Rincon High School where he excelled at football... View Obituary & Service Information

The family of Richard "Rick" Schwartz created this Life Tributes page to make it easy to share your memories.

Send flowers to the Schwartz family.