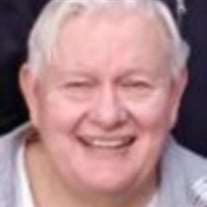 Robert F Miller, D.C., 80, of Tucson, Arizona, died on November 1, 2021. Born in Chicago, Illinois on August 17, 1941, Dr. Bob “Doc” grew up in Downer’s Grove, IL. He attended Logan Chiropractic College in St. Louis, Missouri and transferred to National College of Chiropractic in Lombard, IL where he received his Doctorate in Chiropractic. During this time, he met and married RoseMarie Church (nee Grimsley) and welcomed into his life her four children. In 1967, Doc opened his first practice in Chicago. In 1970 he moved his practice to Addison, IL. Later in 1970, the family found a church home at Medinah Baptist Church in Medinah, IL where Doc and RoseMarie developed a passion for supporting missionaries and church planters. December of 1974 was the first time he and RoseMarie stepped off an airplane in Tucson and they knew then that that’s where they would retire. He and RoseMarie had two children together, Wendi and Robert Jr., while living in Addison. Once the children were all grown, they relocated in 1992 to Tucson. He continued to practice until 2006, when he retired from chiropractic after 39 years. He spent his first several years of retirement traveling around the country in his truck with his beloved Boxer dog, Queenie. He loved teaching and sharing his mechanical knowledge. He was a jack-of-all-trades who loved working with his hands. His passions were remote control airplanes, motors of any kind, and cars. Later in life he got into HAM radio communications ans was able to reconnect with old friends and speak to people around the world. He was preceded in death by his wife of 34 years, RoseMarie, and his parents, Bernard and Mary. He is survived by his sister Linda Miller of Texas, and his children Hal (Kim) Church, of Tucson, AZ; Misty (Nasser) Church Hassan of Cairo, Egypt; Leslie Church of Bloomingdale, IL; Jim Church of Roselle, IL; Wendi Miller of Tucson, AZ; Robert Jr (Jinny) Miller of Bullhead City, AZ. His grandchildren include Stefano (Brittany) Miller, Reid Miller, Tyler (Kyndall) Church, Quentin Miller, Joshua Peterson, Logan Peterson, Moira Miller, all of Tucson, and Jaylen Cuellar of Bullhead City. His great-grandsons Barrett and Dillion Miller, and Ezekiel Church all live in Tucson. He will also be missed by his nieces, nephew, and grand-nieces and –nephews. The memorial service will be Saturday, December 11, 2021 at 1:00 p.m. at New Testament Baptist Church at 2855 N. Craycroft, Tucson. In lieu of flowers, please donate to the Missions Fund of New Testament Baptist Church or to the Humane Society of Southern Arizona.

The family of Robert F. Miller created this Life Tributes page to make it easy to share your memories.

Send flowers to the Miller family.