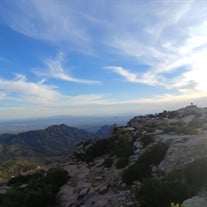 Ronald S Weinstein, MD, a pioneer in the development of telemedicine, Founding Director of the state-wide Arizona Telemedicine Program, and Executive Director of the T-Health Institute in Phoenix, died of heart failure on December 3 at Banner – University Medical Center in Tucson. He was 83 years old. Dr. Weinstein was born in Schenectady, New York and received his medical degree from Tufts University School of Medicine. A Massachusetts General Hospital-trained pathologist and expert on urinary bladder cancer, he became Chairman of the Department of Pathology at Rush-Presbyterian-St. Luke’s Medical Center in Chicago at age 36 in 1975 and was recruited to the University of Arizona in 1990 to be Chair of the Department of Pathology. He is Professor of Pathology and Medical Imaging at the University of Arizona College of Medicine, Professor of Public Policy at the Mel and Enid Zuckerman College of Public Health, and Professor of Pharmacy-Science at the University of Arizona College of Pharmacy, and has been a career-long teacher and mentor to countless students ranging from high schoolers through medical professionals. Considered a founder of the field of telemedicine, Dr. Weinstein participated in his first telemedicine cases in 1968 as a resident-physician at the Massachusetts General Hospital in Boston. Having invented, patented and commercialized robotic telepathology in 1986, he was already known as the “father of telepathology” when he arrived in Arizona. His extensive body of work and research in this field is the basis of telepathology programs in more than 35 countries. In 1996 Dr. Weinstein co-founded the state-wide Arizona Telemedicine Program (ATP) with Arizona State Representative Bob Burns. Headquartered at the University of Arizona in Tucson, the ATP created the Arizona Rural Telemedicine Network, which linked 160 sites in 70 rural communities to the U of A. In its 25 years of existence it has provided over 1.4 million teleconsultations, bringing needed clinical services to hundreds of thousands of patients statewide and has developed telemedicine practice standards on how best to deliver care remotely, followed by the establishment of telemedicine training programs. Recently, with the Covid-19 pandemic serving as an innovation accelerator and over one billion telemedicine visits in 2020, the ATP successfully advocated for the passage of landmark “Telehealth Omnibus” legislation by the Arizona State Legislature which was signed into law by Arizona’s Governor in May of 2021. Nationally, passage of HB2454 catapulted Arizona to the front of the line in terms of enacting progressive enabling state telehealth law. Dr. Weinstein has also been an international leader in telemedicine for nearly half a century, serving as a consultant on developing national telemedicine programs in China and Japan in the 1990’s and later, as a Board member of the International Virtual e-Hospital Foundation, in the Balkans and the 10-island nation of Cape Verde. In addition, he was the principal architect for the successful National Telemedicine Program of the Republic of Panama. His role in pioneering telemedicine from the late 1960’s through the 1980’s and leading the University of Arizona Health Sciences Program since the 1990’s earned him the Phoenix Business Journal’s Healthcare Heroes Lifetime Achievement Award last winter. He has received numerous other honors as well, including the Distinguished Service Award of the Association of Pathology Chairs, the Eliphalet Nott Medal (Union College’s Distinguished Service Award), the Arizona Medical Association’s Distinguished Service Award, the Arizona Leader-of-the Year in Public Policy Award of the Arizona Capitol Times, the K.F. Mostofi Distinguished Service Award of the International Society for Urologic Pathology, the University of Arizona College of Medicine Lifetime Teaching Award, the Association for Pathology Informatics Lifetime Achievement Award, the US Distance Learning Association’s Hall-of-Fame Award, and the title of President Emeritus of the American Telemedicine Association as a Pioneer in Telemedicine. In addition, he has been president of four other national professional organizations, including the United States and Canadian Academy of Pathology, and has authored over 600 professional publications. In addition to his wife and lifelong partner Mary, Dr. Weinstein is survived by his daughter Katherine Weinstein Miller (Craig Miller), son Dr. John Weinstein (Brian Mikesell), and grandsons Miles and Oliver Miller and an extended family for whom he cared deeply. His greatest pride came from his children - their professional achievements, the families they have built, and the work they do in the service of others. A celebration of Dr. Weinstein’s life will be held from 1-3pm on Sunday, January 16, in the Health Sciences Innovation Building on the Arizona Health Sciences campus. In lieu of flowers, his family asks that donations be made to the Dean’s Fund for Excellence at the College of Medicine – Tucson.

Ronald S Weinstein, MD, a pioneer in the development of telemedicine, Founding Director of the state-wide Arizona Telemedicine Program, and Executive Director of the T-Health Institute in Phoenix, died of heart failure on December 3 at Banner... View Obituary & Service Information

The family of Dr Ronald S Weinstein created this Life Tributes page to make it easy to share your memories.

Ronald S Weinstein, MD, a pioneer in the development of telemedicine,...

Send flowers to the Weinstein family.