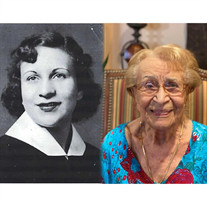 Ruth C. Goodman was born on June 23, 1919, in New York City. She had one daughter and one son. Ruth was born and raised in New York City, the fourth of five children born to Jewish immigrants from Eastern Europe. She was not a bashful child. She loved to sing and dance, and would teach all the new dances to the other kids in the neighborhood. One of Ruth's earliest memories is observing a total solar eclipse on Jan. 24, 1925. She remembers being out in the street with many other people and holding a special filmstrip of some sort over her eyes, so she could observe the event without harming her eyesight. After graduating from high school in 1936 and working as a secretary and then a buyer in New York City for a few years, Ruth flew to Southern California in 1948 for what was supposed to be a brief vacation. She liked California so much that she stayed, never returning to New York to live. Ruth met her husband Lester Goodman in 1951, and they married in March 1952. They were happily married for 62 years, ending only when Lester passed away in 2014. Ruth moved to Tucson in July 2015 to be close to her son, Roy. Her first child, Susan, was born in 1954 with Down syndrome. They had been told Susan would never advance beyond a very low grade level, but Ruth worked with her using flash cards and pictures to advance Susan's knowledge, and she was reading by age 5. Working together with the Exceptional Children's Foundation in Los Angeles, Ruth helped establish school programs and facilities for special-needs students - at a time when nothing of the sort existed - so that Susan and other special-needs students were able to go to school. Besides lessons in reading and writing, these students also learned household skills such as cooking. As adults, some were gainfully employed in regular jobs or, like Susan, work at sheltered workshops, thrilled to be earning a paycheck doing various piecemeal jobs for businesses. This was before activities such as the Special Olympics existed. Susan gave Ruth and Lester lots of joy in life before she passed away at the age of 50 due to early Alzheimer's, which is not uncommon for adults with Down syndrome. Ruth and Lester also enjoyed participating in amateur theatrical groups, often helping to write skits and song parodies as well as performing in some of the various original productions. Theme Answer: Ruth would encourage other parents who had children with disabilities. Even when a situation seemed "hopeless" because a child was considered less than normal, Ruth helped parents see how their child could contribute to their family and their community.

Ruth C. Goodman was born on June 23, 1919, in New York City. She had one daughter and one son. Ruth was born and raised in New York City, the fourth of five children born to Jewish immigrants from Eastern Europe. She was not a bashful child.... View Obituary & Service Information

The family of Ruth Claire Goodman created this Life Tributes page to make it easy to share your memories.