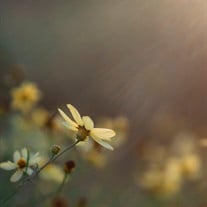 Annette Kolodny, an internationally recognized scholar in interdisciplinary American Studies and a pioneer of women’s studies and feminist literary criticism, died at home on September 11, 2019 at the age of 78. Born in New York City on August 21, 1941, Professor Kolodny attended Brooklyn College, graduating in 1962 magna cum laude, Phi Beta Kappa, and with honors in English. She subsequently worked as an associate to the editor if the International Editions of Newsweek Magazine. After returning to academia in 1963, she received her Ph.D. in English and American Literature from the University of California at Berkeley in 1969. During her long and distinguished career, Dr. Kolodny held faculty positions at Yale University, the University of British Columbia, the University of New Hampshire, the University of Maryland, and Rensselaer Polytechnic Institute. She was instrumental in establishing the first women’s studies programs and courses at the University of New Hampshire, the University of British Columbia, and Rensselaer Polytechnic Institute. Dr. Kolodny moved into higher education administration at the University of Arizona, where she served as Dean of the College of Humanities from 1988 through 1993. There she worked with faculty and the students to introduce innovative approaches to Promotion and Tenure reviews and spearheaded the recruitment of women and minorities on the faculty and as graduate students. After stepping down as Dean, Dr. Kolodny was named College of Humanities Professor of American Literature and Culture, and she continued to teach until her retirement from the university in July 2007. She was then named Professor Emerita. Dr. Kolodny was an invited lecturer at conferences and universities all over the world, and her many articles and books have been translated into dozens of languages. One of her best known and groundbreaking essays on feminist critical theory is “Dancing Through the Minefield: Some Observations on the Theory, Practice, and Politics of A Feminist Literary Criticism”(1980), which won the Modern Languages Association’s Florence Howe Award. Kolodny is also known for establishing the field of feminist eco-criticism with her first two books, The Lay of the Land (1975) and The Land Before Her (1984). She wrote about her experiences as an activist feminist dean in Failing the Future: A Dean Looks at Higher Education in the Twenty-First Century (1998) where she anticipated the major public policy issues that would beleaguer higher education for the next thirty years. Returning to her scholarship, Dr. Kolodny published widely in the field of Native American Studies and, in 2007, she brought back into print a lost masterpiece of American Indian literature, Joseph Nicolar’s The Life and Traditions of the Red Man, first printed in Maine in 1893. Her prize-winning contribution to transnational studies appeared in 2012, when she was published In Search of First Contact: The Vikings of Vinland, the Peoples of the Dawnland, and the Anglo-American Anxiety of Discovery, which brought together her innovative reading of the Vinland Sagas with Native American stories of first contact with Europeans. During her last years, Dr. Kolodny worked on a personal and professional memoir, tentatively titled Dancing through the Minefield, which offers a brutally candid memoir of her experiences as a feminist in academia and her last years of dealing with increasing physical disability and chronic pain. Also in that memoir, Dr. Kolodny revealed for the first time the details behind the painful years 1975-1980, during which she sued the University of New Hampshire for sex discrimination and anti-Semitism, thereby setting important legal precedence for all the Title VII cases to follow. Annette Kolodny’s many achievements were recognized by numerous prestigious fellowships and awards, including those from the National Endowment for the Humanities, the Guggenheim Memorial Foundation, the Rockefeller Foundation, the Ford Foundation, the Early American Literature Division of the Modern Languages Association, the National Women’s Studies Association, the Western Literature Association, and the Jay B. Hubbell Medal for Outstanding Lifetime Scholarly Achievement in American Literary and Cultural Studies from the American Literature Section of the Modern Languages Association. She also received a Distinguished Alumna Award from Brooklyn College in 1997 and an honorary Doctorate in Humane Letters from the University of New Brunswick in Canada in 2000. In 1993 Dr. Kolodny was elected to lifetime membership in Norwegian Academy of Science and Letters. Additionally, several national prizes in eco-criticism and feminist studies were named for her, and her work has long been the subject of many conferences and conference sessions both in the United States and abroad. She is survived by her husband, the novelist Daniel Peters, to whom she was deeply devoted, and by many friends and former students and colleagues across the globe. Instead of a funeral, Dr. Kolodny asked that a woman rabbi officiate a memorial service to be held in the chapel of Evergreen Mortuary and Cemetery on Thursday September 26, 2019 at 4:00 PM. Because Dr. Kolodny struggled for so many years with the debilitating effects of rheumatoid arthritis and because of her continuing commitment to women’s equality, she has asked that, in lieu of flowers, donations in her name be made to one of the following: the Arthritis Foundation, the National Organization for Women (NOW), Planned Parenthood, or the National Abortion Rights Action League (NARAL).

Annette Kolodny, an internationally recognized scholar in interdisciplinary American Studies and a pioneer of women&#8217;s studies and feminist literary criticism, died at home on September 11, 2019 at the age of 78. Born in New York City on... View Obituary & Service Information

The family of Annette Kolodny created this Life Tributes page to make it easy to share your memories.

Send flowers to the Kolodny family.