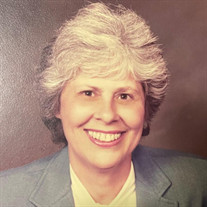 DEBORA ALICE (ETTINGER) MOSS Debby Moss (affectionately known as “Debby with a y” by her sister-in-law Ann Holbrook), lost her three-year battle with colon and liver cancer, and passed away on March 28, 2022. She died, as she lived, on her own terms. She is survived by her daughter Andrea Moss, her son Ken Moss, her grandchildren, Margo Moss Curtis and Konrad Moss, and her great grandchild, Emmett Curtis. Her husband of nearly 64 years, Fred Moss, passed on April 23, 2017. Debby was born in Brooklyn, NY in 1929 and grew up in New Rochelle and Long Island, NY. As a child, she was highly competitive and extremely active in sports, which helped tame her “wild” side, although she still got into trouble teasing and for playing pranks on her younger sister, Marjorie, and generally pushing the limits of her parents’ patience. Her fondest memories were of the many summers she spent in sleep-away camps, and of winning many of their sporting awards. She was also the camp’s bugler, waking sleepy campers up playing reveille in the morning and ending the day playing taps at night. Debby had a dry sense of humor and was well liked and well regarded by her peers. She always put time into connecting with people she met and developed friendships that lasted a lifetime. Debby graduated from new Rochelle High School in 1947, Centenary Junior College in 1949, and the University of North Carolina in 1951. After college, she worked for the Manhattan Shirt Company in New York City. A coworker arranged for her to meet Fred on a blind lunch date. They married in 1953 and lived in New Rochelle, while continuing to work in NYC. The couple moved to Spring Valley, New York, purchasing their first home after Fred won big on a game show called Concentration. Debby was a Girl Scout Leader and very involved with Andrea and Ken’s schools and their extracurricular activities. Debby played the piano and sang, and encouraged her children to take music lessons. Andrea played the piano, guitar and French horn, and Ken would go on to become “First Trumpet” in his high school and college bands. Debby excelled in a number of high-level bowling leagues, was an avid tennis player, dabbled in golf, played competitive bridge, and volunteered at libraries and hospitals. When Fred was transferred to California, Debby got a job with Allergan in their pharmaceutical medical library. She was always interested in medical innovation and research. Long before her friends were able to get on the internet, she was always searching out information to help them with their medical questions. And as was the case wherever she lived, worked or volunteered, she made many good friends at Allergan and maintained those friendships throughout her life. Fred and Debby loved to travel and took many Tauck tours in Europe and all over the world. They often took weekend trips around Arizona. After Debby and Fred retired, they moved from San Clemente, CA to Sun City, AZ. Debby was involved in tennis, bowling, golf, and bridge, and she formed a fun group called the Lunch Bunch who socialized and traveled together. She also continued her volunteer work, volunteering for 10 years at the Tohono Chul native plants greenhouse, and for 10 years helping with outpatient services at Northwest Hospital. Debby and Fred lived in Sun City over 30 years and then moved to the Splendido retirement community, which had in-house dining, recreation facilities, planned activities, and options for living comfortably in the event of disability in old age. They were both planners and didn’t want their kids to have to worry about them. Debby and Fred thrived at Splendido, participating in card and other social groups, and making even more dear friends. As an animal lover, over her lifetime Debby and her children shared their home with pets of all kinds, from guinea pigs and gerbils to parakeets and lizards, as well as a number of mixed breed and purebred dogs. In her later years she came to adore the Papillon breed. While she didn’t show her Papillons, who were all rescues, she belonged to the breed club and went with Fred to watch many of the shows. She made more good friends with these “Pap people” and frequently hosted parties and excursions, and was also active on social media sites for devotees of the breed. She had an extensive collection of Papillon items, which she generously donated to Papillon Haven Rescue. Debby loved life and cherished her family and friends. After Fred passed, she kept in touch with his brother Jerry and with her former sister-in-law Ann, playing bridge and socializing with Ann and her sisters and other friends (the “Cardettes”) over Zoom. She welcomed her new sister-in-law, Tina, into her life and was so appreciative of the care and support they all gave her in her difficult final days. Debby was an atheist and always said, “Something’s going to get you eventually.” She refused cancer treatments that would have extended her time on earth but reduced the quality of her life. She beat the odds, living independently until almost the age of 93. She will be greatly missed and long remembered by her family and her many friends. Debby, like Fred, did not wish to have a service. On April 8, 2022, Debby was laid to rest next to Fred and two of her Papillons, Freckles and Poppy, at Angel’s Rest at the Best Friends Sanctuary in Kanab, Utah. If you wish to make a donation in Debby’s name, you can donate to Best Friends at: https://bestfriends.org/donate/memory

DEBORA ALICE (ETTINGER) MOSS Debby Moss (affectionately known as &#8220;Debby with a y&#8221; by her sister-in-law Ann Holbrook), lost her three-year battle with colon and liver cancer, and passed away on March 28, 2022. She died, as she lived,... View Obituary & Service Information

The family of Debora Alice Moss created this Life Tributes page to make it easy to share your memories.

Send flowers to the Moss family.