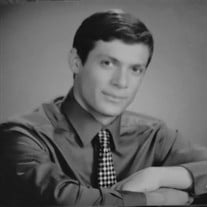 eXavier Sabine passed away on June 6, 2021. He was a superhero to his little brother, Kináed. Almost nine when Kináed was born, eXavier embraced his role as big brother with broad shoulders of love and the two shared an unbreakable bond. Robert believed that step-fathering eXavier was a gift and they enjoyed hiking and camping together. He learned to cook with his uncle and stepfather making spaghetti that was so good Kináed still talks about it. So many friends considered eXavier a brother with loyalty that knew no bounds. eXavier’s sense of justice was an inspiration to his parents, to Kináed, and all who knew him. eXavier found joy in his friends, skateboarding, and welding. Instead of seeing the world in a linear fashion, he saw it through the lens of physics. He was always busy dreaming up a new project or idea. The last months of eXavier’s life were extremely difficult as he battled the effects of mental illness. His family and friends tried desperately to help him, to reach him, but the disease took hold and would not let him go. eXavier brought his mother, Kathryn Sabine, true love, and from the start, he carried her heart. Born on May 17, 1994, in Washington D.C. he moved with his mother to her hometown of Tucson, Arizona later that year. In 2003, eXavier moved again with his mother, stepfather, and baby brother to Phoenix, Arizona. eXavier learned to swim in high school and exhibited an outstanding talent, swimming with the Olympic training group by the end of high school. eXavier graduated from North High School in 2012 with more honors credits than any student in the Phoenix Union High School District to that date. eXavier started at his parents’ alma mater, the University of Arizona, and then enrolled at The Fab School to learn welding where he graduated in 2018. eXavier traveled the world and saw its wonders with his father’s family, with whom he shared a loving attachment. eXavier lived life fast, seeming to know that he should try to accomplish much in a short time. In eXavier’s own words “I build shit, break shit, cook shit, go fast n shit.” eXavier is survived by a family who loves him and will deeply miss him.

eXavier Sabine passed away on June 6, 2021. He was a superhero to his little brother, Kináed. Almost nine when Kináed was born, eXavier embraced his role as big brother with broad shoulders of love and the two shared an unbreakable bond. Robert... View Obituary & Service Information

The family of eXavier Ratoff Sabine created this Life Tributes page to make it easy to share your memories.

Send flowers to the Sabine family.