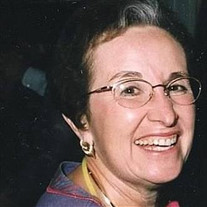 Shirley J. Rochman, 85, was born in Des Moines, Iowa, and raised in York, Nebraska, by her doting mother and father, Irene and Jerome Rosenberg. She graduated as salutatorian from York High School, where she was active in Y-Teens and the school newspaper, and enrolled at the University of Texas, where she was a member of Sigma Delta Tau sorority. After spending a year in Texas, Shirley graduated from the University of Nebraska as a member of Phi Beta Kappa with a degree in journalism and also served as president of her sorority. She married the love of her life, Barton Rochman, in 1955. They moved to Peoria, Illinois, the following year and remained there for over 40 years before moving to Oro Valley. Shirley worked at the Peoria Journal-Star in the 1950’s and then stayed at home to raise her two sons. In 1972, she started working at WTVP-Channel 47, the local PBS affiliate, and remained there for 23 years, eventually serving as program director and was a good friend of Big Bird. She also was involved in the community, serving on the Panel of American Women, the Board of Directors of St. Francis Hospital, and as President of Congregation Anshai Emeth and of Congregation Anshai Emeth Sisterhood, and earned local awards for her volunteer efforts. She was even Randy and Rich’s religious school principal. She was Bart’s beloved wife of nearly 65 years; dear mother and mother-in-law of Randy (Betsy) Rochman of Glencoe, Illinois, and Richard (Ashley) Rochman of San Francisco; dear grandmother of Michael (Grace), Lauren, and Abby Rochman; a very proud great-grandmother of Jack Rochman; and deeply indebted to her good friend Jo Hunt, who had taken care of her for many years. A graveside service was held on March 20th at Evergreen Cemetery in Tucson, and live-streamed to friends and family. Memorial contributions preferred to Congregation Anshai Emeth (in memory of Shirley Rochman) 5614 N. University St., Peoria, IL 61614, or WTVP-Channel 47 (in memory of Shirley Rochman), 101 State Street, Peoria, IL 61602.

Shirley J. Rochman, 85, was born in Des Moines, Iowa, and raised in York, Nebraska, by her doting mother and father, Irene and Jerome Rosenberg. She graduated as salutatorian from York High School, where she was active in Y-Teens and the school... View Obituary & Service Information

The family of Shirley J. Rochman created this Life Tributes page to make it easy to share your memories.

Send flowers to the Rochman family.