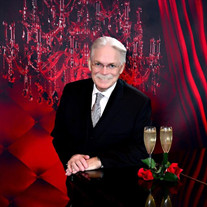 Thomas Arnet (Tom) Peterson was born February 9, 1946 in Oregon to Elizabeth Peterson Stark and Arnet “Pete” Peterson. He passed peacefully at home with his wife and sister at his side listening to 70’s music on Sunday, April 18, 2021 after a tedious battle with kidney cancer, putting up a good fight until the very end. He was a 1964 Lebanon High School (Oregon) graduate. He completed a bachelor’s degree at University of Alaska (Anchorage). Tom experienced many adventures while on this earth. He had the opportunity to be a part of building the Alaska Pipeline. He did several jobs during this employment, all providing unique experiences and great stories. His longest assignment was managing in the warehouse at Isabel Pass near Summit Lake, AK. He managed production at Pepsi in Raytown, MO for a time as the product availability manager. He was the production manager at Alaska Tent & Tarp in Fairbanks, AK. Returning to the lower 48 states in 2005 he was a production manager for Milgard windows in Las Vegas, NV and for Cardinal Glass in Galt, CA. He retired in October 2012. He met Roxanne Pierson at Arctic Bowl in Fairbanks, AK in 2001. They realized they were soulmates and married in 2002 on the pair of lanes he scored his highest series. This began a life filled with bowling leagues, tournaments, and life-long friends. They enjoyed bowling competitively and brought out the best performances in each other. He bowled multiple high games including several perfect 300 games and an 824 series. They were both able to compete at the highest levels as amateurs and won or placed well in multiple events. He served as a director for several years on the Greater Fairbanks Bowling Association; and served on the Anchorage Bowling Association as a director earlier in life. One of his proudest achievements was his selection to the Greater Fairbanks Bowling Association All Star Team in the 2002-2003 season. He had a zest for life and made the most of every experience. His favorite things included family, muscle cars, Nascar races, rock music, and sporting events. His favorite teams were the KC Royals, KC Chiefs, University of Kansas basketball team and University of AZ Wildcats football and baseball teams. Enjoying sports throughout his life, he was able to enjoy a playoff game for the 2015 Royals in Kansas City on their way to the World Series Championship; and attended a 2019 Chiefs game in Kansas City on their way to Super Bowl Champions. He had driven race cars in Oregon in his early years and topped that by driving a Nascar Race Car at a Richard Petty Driving Experience in Las Vegas that was a tremendous thrill. Home was many different places; Alaska, Arizona, and Hawaii were the favorites; Tucson would be his retirement hometown and final resting place. He made quick/lifelong relationships everywhere he went developing a large extended network of family and friends. He was predeceased by his mother: Elizabeth Janet Stark, his father: Arnet Jens (Pete) Peterson, and sister Patti Knight. He is survived by his loving wife (Roxanne), stepfather: Hans Stark, 2 sisters: (Vesta Miyose (Howard) & Janet Cobb (Jim), 9 children: Shelly Bartchy Kaufman, Kerry Davis, Mark Peterson, Rica Schlosser (David), Troy Peterson (Katie), Kekoa Iaea (Jennifer), Kainoa Peterson (Melissa), Nannette Pierson, and Thomas Arnet Jens Peterson III, 20 grandchildren, 3 great grandchildren and a large extended family including in-laws; and many nieces and nephews. Masks must be worn at all events as mortuary requirements. Visitors are welcome to pay respects at his viewing: Monday, 4/26/21; 4-8 pm at Evergreen Mortuary Chapel 3015 North Oracle Road, Tucson, AZ 85705. In accordance with CDC regulations, there is a 10 person limit in our chapel. Graveside services will be held Tuesday, 4/27/21; 1 pm at Evergreen Cemetery 3015 North Oracle Road, Tucson, AZ 85705. A Zoom stream of the service available at the link below: When: Apr 27, 2021 01:00 PM Arizona Viewneral Service Name: Graveside Service for Mr. Thomas A. Peterson Please click the following link to join: https://viewneral.zoom.us/j/95036200063?pwd=USs4U2tOMTlPaGtQczF2Zm5WYU9ZUT09 Viewneral ID: 950 3620 0063 Password: 814183 Or iPhone one-tap: US: +16692192599,,95036200063# or +16465189805,,95036200063# Or Telephone: Dial(for higher quality, dial a number based on your current location): US: +1 669 219 2599 or +1 646 518 9805 Webinar ID: 950 3620 0063 International numbers may be available: https://viewneral.zoom.us/u/aYpWCerIm

Thomas Arnet (Tom) Peterson was born February 9, 1946 in Oregon to Elizabeth Peterson Stark and Arnet &#8220;Pete&#8221; Peterson. He passed peacefully at home with his wife and sister at his side listening to 70&#8217;s music on Sunday, April... View Obituary & Service Information

The family of Thomas Arnet Peterson created this Life Tributes page to make it easy to share your memories.

Send flowers to the Peterson family.