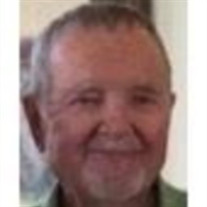 A much-loved father, grandfather, great-grandfather, Thomas “Tom” Arthur Stanton Sr., 83, of Tucson, Arizona passed away peacefully at his home February 13, 2020 surrounded by his children. He was born on December 16, 1936 to Edmund and Dorothy Stanton in Battle Creek, Michigan, the youngest of 2 children. He graduated from Lakeview High School in 1955. On August 17, 1956 he married the love of his life, Sylvia (Ware) Stanton. Later in 1969 he moved his wife and family to Tucson, Arizona. Prior to the move, he worked several years in the family bar and restaurant business in Michigan. In Arizona he worked in the mining industry as a heavy equipment operator and trainer, retiring in 1999 from Cyprus Mining. He had a passion for football and history. He played football throughout school and later for the Cereal City Bears semi-pro team. He was an loyal fan of the University of Michigan Wolverines and the Detroit Lions. Tom was a history enthusiast and enjoyed sharing unique "tidbits" of historical information with family and friends. He was known for his quick wit, laughter and his kind and compassionate spirit. Tom will be lovingly remembered by his children, Shaun (Michael) Sabia, Thomas A. Stanton Jr., Lisa (Robert) Whitaker, Stacy (Eric) Topmiller; grandchildren, Greg, Ashley, Lauren, Brooke, Bobby, Nicholas, Shane; Great-grandchildren, Mikayla, Tommy, Greyson, Luca, Elijah, Madison and Serenity. He is also survived by his brother Edmund (Mary Jo) A. Stanton Jr. of Battle Creek, Michigan and several nieces, nephews and cousins. He was predeceased by his beloved wife of 43 years, Sylvia Stanton; grandson, Thomas A. Stanton III; his father Edmund A. Stanton Sr. and mother Dorothy Gudgeon; step-father Joseph Gudgeon; in-laws Richard and Ruth Ware. At his request, a private family celebration of life will be held at a later date. The family wishes to send a special thank you to staff members from Casas De La Luz who provided excellent home care, compassion and support.

A much-loved father, grandfather, great-grandfather, Thomas &#8220;Tom&#8221; Arthur Stanton Sr., 83, of Tucson, Arizona passed away peacefully at his home February 13, 2020 surrounded by his children. He was born on December 16, 1936 to Edmund... View Obituary & Service Information

The family of Thomas Arthur Stanton Sr. created this Life Tributes page to make it easy to share your memories.

Send flowers to the Stanton family.