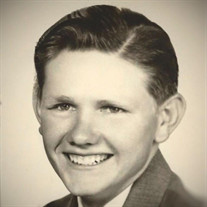 Phillips, William “Bill” of Tucson, AZ, went to be with the Lord on Friday, September 3, 2021. He was 89 years old and was listening to the Word with his family as he went just beyond the curtain of time. Bill was a true believer in the Lord Jesus Christ and the ministry of Reverend William Branham. He devoted many years of his life serving his church as a deacon and serving and helping others as the Lord would lead him. Born September 17, 1931, to Lemmer Bell and Abe Franklin Phillips in Story, Arkansas, William (Bill) Marion Doyal Phillips was born eighth of eleven children. Born during the depression, William developed a work ethic that would carry him through life, always putting the Lord first, helping and serving others, and living a “simple life.” In the late 1940’s Bill went to work for his uncle Sam’s farm in California, where he attended Cameron Creek church in Farmersville. In 1950 Bill met the love of his life there, Leota Francis Keener, and was married on June 17, 1950. Bill lived in California for several years before moving back home to Arkansas, then to Tennessee before his final resting place in Tucson, Arizona, in 1969. Bill resided close to his family in Tucson, as he cherished every moment spent with his family. William loved his children and grandchildren, but when his great-grandchildren and great-great-grandchildren were born, they seemed to bring out the sweetest and most loving part of him. Anyone who knew Bill knew he had an unwavering love for hunting, fishing, and dominos, as shown true by the stories told by family and friends that are still lingering in our hearts today. He is survived by his brother, Royal Phillips and wife Jessie Phillips; Sister, Audean Gibson; Son, Gordon Phillips, and daughter-in-law Victoria Phillips; granddaughter, Elisabeth Clounch and husband Timothy Clounch; granddaughter, Jessica VandenBosch and husband Bryan VandenBosch; great-grandchildren; Michael Clounch and wife Kelsey Clounch, Ashley VandenBosch, and Luke VandenBosch; great-great-grandchildren; Aubrey Clounch and Maddison Clounch. A private burial and celebration of life will be at Evergreen Mortuary for the family. In lieu of flowers, contributions to Voice of God Recordings to sponsor the Agapao tablets would be the ultimate tribute and gesture of your love, respect, and condolences to him and the family. https://youtu.be/2itn8j3SzkI

Phillips, William &#8220;Bill&#8221; of Tucson, AZ, went to be with the Lord on Friday, September 3, 2021. He was 89 years old and was listening to the Word with his family as he went just beyond the curtain of time. Bill was a true believer... View Obituary & Service Information

The family of William D. Phillips created this Life Tributes page to make it easy to share your memories.

Phillips, William “Bill” of Tucson, AZ, went to be with the Lord...

Send flowers to the Phillips family.